I’ve always had an innate sense of direction and an abundant level of courage when traveling in Italy. At times, my level of curiosity creates an ability to wander down an unbeaten path. With that being said, over the years my husband and different travel companions have given me the nickname, The Human GPS. I am typically the primary driver, guide, and facilitator, likely awarded that infamous title, after we picked up our rental car on our first trip to Italy.

The built-in GPS system was programmed in Italian. A very simple change in "device settings” I'm sure, however neither of us were successful at figuring out how to change the setting to English. So, for the first two very long days of our 16-day journey by car, we were at a great disadvantage. Fortunately, in preparation for our first trip to Italy years ago, my husband had learned some simple words and phrases in Italian, which fortunately included destra (right) and sinistra (left). These are two very important words to know, especially when you don’t know how to switch a GPS system over to English!

Planes...
We live in Atlanta, GA, a city with an international airport, which provides a multitude of options when traveling to Italy. Delta Airlines has daily direct flights in and out of Rome (FCO). We typically travel with Delta using the Rome airport, because we prefer nonstop direct flights. Rome is also pretty central for traveling north or south in Italy. It also tends to be a less expensive, non-stop option from Atlanta. We choose this option for lots of reasons. First, many airlines have very restrictive luggage weight requirements. When traveling with Delta, be aware of baggage weight restrictions and fees that are associated with flying Economy versus Business or First Class. For example, When flying business class with Delta, you are allowed two free checked bags, with a maximum weight of 70lbs. each.

When traveling Italy and most of Europe, trains can sometimes be a great option to consider. While our family prefers driving via rental cars, and the ensuing adventures of journeying to new and often unfamiliar locales, trains are certainly a viable alternative option.  So here are a few tips for train traveling:

Important lingo....
Here are some key words or phrases to know while traveling Italy.

Automobiles (automobile)
Driving in Italy can actually be fun and will give you the ability and freedom to wander off of the beaten path. Being the driver and predominant guide all of the years we've traveled throughout Italy, I have found these to be helpful tips: 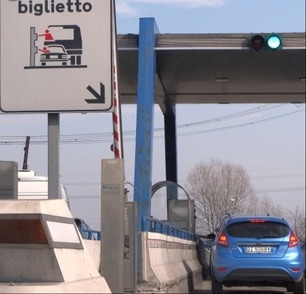 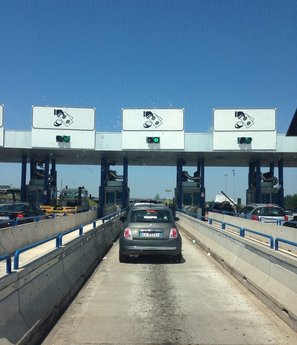 Rented Automobiles on the Amalfi Coast (Source: The Local Italy)
First introduced in 2020, and will once again be enforced to help ease the pressure on the coastline's teeming thoroughfares. As of June 15, 2022, alternate driving license plate rules will apply on the 50km stretch of road between Positano and Vietri sul Mare, known as the SS 163. Vehicles with license plates ending in odd numbers will only be allowed through on odd number days, and those ending in even numbers on even number days. The rule currently only applies between 10am and 6pm on weekends, but will be in force every day throughout the month of August. From the 1st to the 30th of September, the rules will once again apply only on weekends.
The narrow roads connecting the tiny towns along the Amalfi Coast quickly become congested in the summer months.

Taxis, buses and local residents are exempt, as are vehicles displaying the 'H' sign indicating a disabled person is on board (provided they are carrying the disabled person in question). In addition to Positano and Vietri sul Mare, the rule affects travel between Praiano, Amalfi, Atrani, Ravello and Cetara, popular tourist towns which all fall on the SS 163 route. The measures have proven popular with some residents, but not everyone is pleased with the restrictions. In the absence of private transport, tourists staying in the area will either need to travel by taxi or public bus on days when their vehicle are not allowed on the roads.